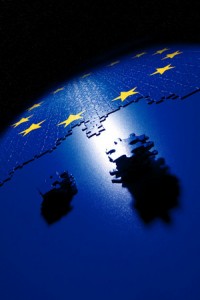 The European Commission manages a lot of money. Just regional development projects are allocated a little less than 350 billion euro over the 2007-2013 period; research is allocated another 50 billion, and on it goes. Many critics complain that these resources end up funding mainly “the usual suspects”: universities, large corporations, public authorities, trade unions. These players can deal with the bureaucratic complexities of mounting a European project (for example, build a consortium with at least X partners in Y countries, one of which should be a new member State to increase chances of being funded); but they are not necessarily the most effective at using the money to everyone’s advantage. On the contrary, large organizations tend to have large overheads, a lot of middle management as opposed to line-of-fire staff, low propensity to risk.

Small and micro enterprises, young entrepreneurs, social innovators, creative businesses – often the most interesting players, who can contribute substantially to regional development, research and many more things beside, are left out of the game. As a rule they get demoralized by the formalistic, bureaucratic culture of these processes, and they don’t even bother to bid for funding; when they do bid, they almost always lose. All this has been clear for a long time; as of lately these people have been making themselves heard in a an unusually clear way, and Europe is starting to react. The video above, produced by my friends at CriticalCity Upload, proves the point: it has been shown in a plenary session at the Digital Agenda Assembly, as 1,200 people – including Commissioner Neelie Kroes – watched. Attendees reported the audience responded with thunderous applause.

With this problem in mind, the Department of Regional Affairs at the Prime Minister’s Office is building a project called Opera, a tool to build European project in a peer-to-peer modality (an open community will launch in September). One of its most fascinating features is the possibility to search for possible partners, and to comment and rate their performance. The community spots reliable, fast, collaborative partners and makes it easier to find them — and this will help the emergence of better partnerships and better projects, increasing the efficiency of that funding. The Opera project is explicitly inspired from Kublai, a project I helped launch in 2008 and directed until earlier this year. The Opera team promanates from Studiare Sviluppo, an in-house company of Italy’s central administration that also worked on Kublai. I am happy and proud that the work done by me and my tea, has helped inspire other Central administrations.

Kublai and Opera make use of Web.20 to get to a fascinating result: making public policies more inclusive and more efficient at the same time. Enhanced inclusivity stems from opening the door wide open to get on new agents that are fast and innovative; and these, cutting a slice of the pie for themselves, increase overall efficiency (the efficiency gain is impressive: CriticalCity Upload – incubated in Kublai – has a cost per user reached that is one thirtieth of European e-participation projects). It is not so surprising, because public policies work through people, and chaning the players is a great way to change the game. It remains to be seen whether policy innovators will manage to protect iniatives like Opera from the inevitable backlash of incumbents, that have so far gotten a very confortable deal under the present system. For all the talk of Creative Destruction, not everybody likes creative destrucion.