A little more than four years ago David Osimo convened a workshop in Brussels with the title Public Services 2.0. It was quite new for the context, both in method (the European Commission was asked only to provide e room and wi-fi connection, while speakers and participants donated their time and even paid their own travel expenses) and in content (a peer dialogue among person that were already delivering – as opposed to proposing public policies through the Internet. Many Commission officers showed up, probably moved by curiosity: who were these people who dared to mix two ingredients coming from two totally different spheres? Why did they seem not to ask anything of the Commission itself, and seemed more motivated by talking to each other?

That workshop turned out to be foundational. With some of the people and the projects (like MySociety or Social Innovation Camp) that I met there for the first time I started a dialogue that continues to this day, and from which I learned much. At the time I was the director of Kublai, a much-praised but little imitated (or at least little wellimitated) project: in Brussels I found out that my team and I were part of a global movement, still tiny but determined to change forever the way to think about public policy.

Our small “homemade” movement has grown a lot, though it remained a minority. And today it prepares yet another step: Policy Making 2.0, a conference that wraps up two years of preparation of a road map (commentable here for research on public policies in the Internet age: what are the trends? What the promising leads, the main roadblocks? What is missing? No way I am going to miss it. This is an interesting and urgent discussion if the open government community is to work side by side with the scientific community.

For good measure, David has added a prize for policy making 2.0, and even asked me to be one of the judges. Any project out there that wants to claim it? I would be delighted to support some intelligent, brave civil servant.
A questo giro, David si è inventato anche This entry was posted in Open government and tagged CrossoverEU, David Osimo, MySociety, Policy Making 2.0, research, Social Innovation Camp on 13 May 2013 by Alberto. 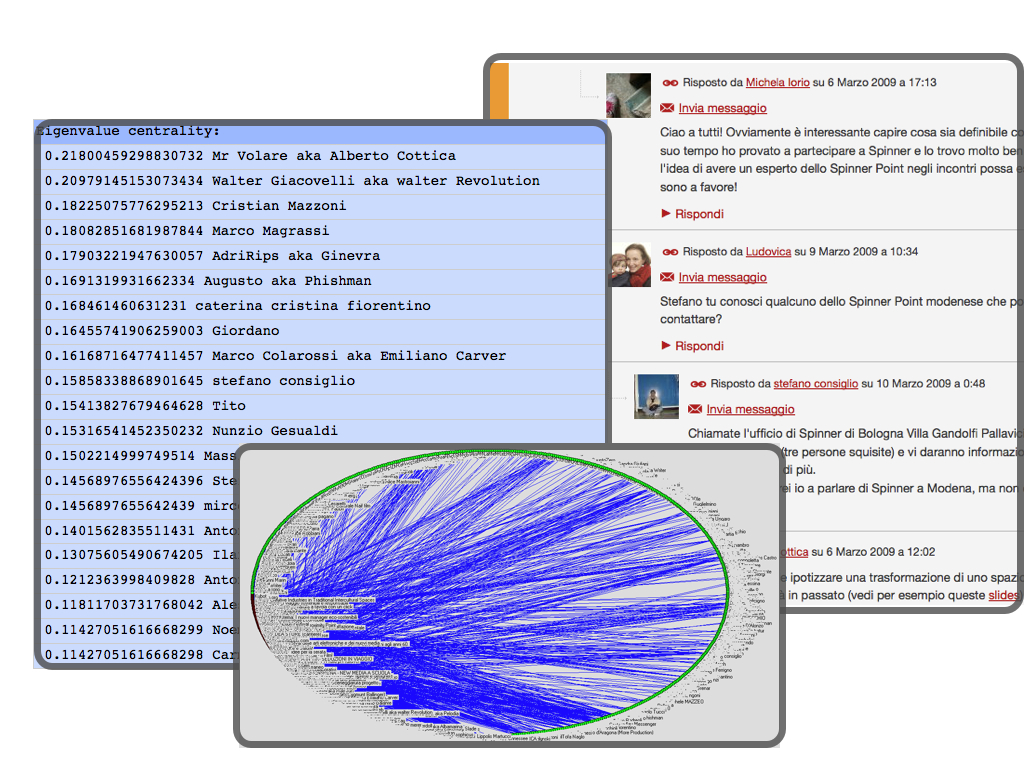 Public Services 2.0 turned out to be really exciting. Of course I knew most of the projects out there, but it was good to get to meet the people behind them in person and to get their vision behind the projects themselves.

Regularities surfaced. For example, participants in policy-oriented social network are regularly more constructive than you would expect (half the messages in PatientOpinion are to say thank you – this on a highly sensitive government area like the National Health Service and with anonymous posting). Also, most projects emphasize collaboration, but there is a great deal of competition as well; Social Innovation Camp is structured as a beauty contest; we have our own Kublai Award; and everybody does metrics, “karma systems” of some sort to acknowledge active membership of the community. Networks seem to have a number of interesting properties that are emergent: they cannot be well understood just by looking at the level of the participating agent. They sometimes seem to have a will of their own: both Savvy Chavvy and Kublai evolved towards uses quite different from the ones they were designed for.

If networks are entities (I suspect they may in fact be complex systems, and that some of the complexity math could apply) and not just ways to connect nodes, then just what are we are doing here? We are deploying services and doing policy, that’s for sure. It’s not macro policy – we don’t manipulate aggregates like public consumption. And not micro policies either – we don’t tweak incentives for individual agents, like tax rates. It’s meso policy; and that’s a pretty unchartered territory so far. In a policy oriented social network, their creators enjoy in their turn somekind of meso status; we do not wield coercion power (macro), but it certainly cannot be said we are just users among users (micro). We work by meso tools: moral suasion, reputation management, expanding islands of rules for  local interactions that generate “flocking behaviour” (like “when you log in, take a minute to say hello and welcome to the newly registered members”) – hell, even parties in Second Life! It’s an entirely new territory, that must be chartered; and the crowd that David, Lee and Dominic gathered in Brussels seems the most likely candidate to do it. So let’s get down to it!