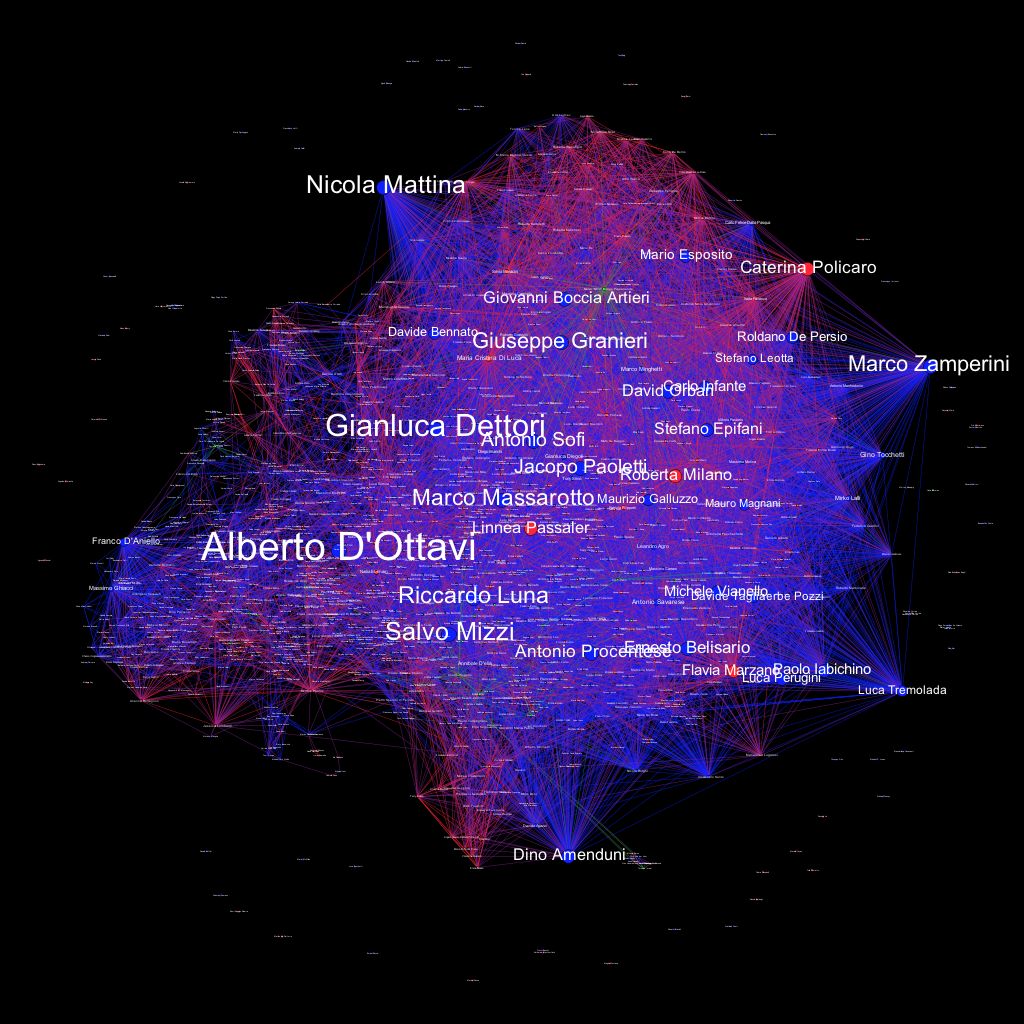 I wrote this post as an Edgeryders mission on learning. The idea is to do a reality check on education: which are our most important skills? And where do we learn them? My job in Egderyders is to manage it, not play missions, but this one was so intriguing I could not resist. If you want to see how others have addressed the same question, go here.

I am a knowledge worker. I spend most of my day interacting (mostly online) with other humans to produce and manipulate information into knowledge. So, to a first approximation, the skills I use everyday are reading, writing, summarizing, researching. I use English a lot, French occasionally. I read and write budgets and contracts. I occasionally deploy math (game theory, or graph theory, or run-of-the-mill calculus or linear algebra) to decode a theoretical model. But that does not tell you very much: it is just a cloud of skills. I believe they can be grouped into just three high-level skills, which are my indispensable tools of the trade.

The first one is storytelling. Cognitive science tells us humans think in terms of stories, and solve the uncertainties implied by inhabiting a rapidly changing world by framing their situation as a story (picked from a rather small repertoire of archetypes), and themselves as a character in that story. Suppose you have to decide whether to choose between a safe, perhaps slightly boring professional path and a more high-risk, but socially relevant one. Computing probabilities is impossible, you just don’t know the full range of implications of your choice. But you do know you are like Neo in Matrix, and Morpheus is right there offering you to choose between a blue and a red pill, so the choice becomes obvious. You are The One, that’s your path, and that’s the end of it.

The ability to tell stories unlocks the power to steer your career and your life. For example, it unlocks fundraising: unless you are doing standardized stuff, people will fund you because they recognize a story, and their role in that story is to support you. In an older project of mine, Kublai, I persuaded the Ministry of Economic Development in Italy to do a very advanced project because they bought into the narrative of the “helpful State”, reaching out to work with citizens rather than against them. I try to narrativize every important thing that I do: all important professional projects, but also stuff like going to live abroad.

The second ability I will call divination. By this I mean a stance which combines formal analysis with a humble approach, that downplays the role of individual people and organizations in the unfolding of things. The personality of the CEO is important in a company, but even more important are market conditions, corporate culture, long-term trends like globalization. Many people we consider powerful feel they are not powerful at all, and that they really are in the hands of the organizations they are supposed to lead, or just of the next turn of events. So, divination for me means looking for causes and for forces to align with at the bottom of society, in the countless interactions we engage in every day. This ability unlocks analysis: once you have it, you are not going to delude yourself that, if just the Prime Minister changed her mind, everything would be different. It also disqualifies conspiracy theories and the need for people to blame (the politicians, the banks, the media).

The third ability is forgiveness. By this I mean the deep acceptance that there is no point in pushing people to conform to a certain standard: people are what they are, and it is more constructive to try to find out what they are good at and organize activities around them rather than bend them around activities (which is mostly impossible anyway). I once worked with a young man who was crazy. I don’t mean he was odd: I mean he was constantly negotiating illness. At one point he was forcibly hospitalized and put on medication with a pretty heavy psychiatric diagnosis. And yet, this person is a brilliant coworker in the kind of projects I tend to be involved in. He works superhard. He is the best connector ever. He always has time for people, and he tends to be online and available about 16 hours a day. Mind you, he is not brilliant despite being ill: he is brilliant because he is ill. He is obsessive, and if you channel his obsession he becomes a happy, well functioning overachiever. Of course, he is not good at everything, but then neither am I, or anyone. This ability unlocks management: once you let go of standards you can get down to the real work, which is to design environments for people (as they are, not as they should be in some ideal world) to get results. It is also useful in personal life: if you have no standards you can enjoy the company of people very different from you.

I don’t see why these things could not be taught in schools. In my time (and in my place, the Italian province) the approach to knowledge was old fashioned: you were taught notions rather than skills. But that must have changed.  Maybe they do teach them now?