Online communities are all around us. I myself spend a lot of time on Edgeryders and Spaghetti Open Data, and there are countless others. Most of these communities are managed in one form or other – in fact, both online communities and their management predate the Internet itself. But what do online community manager actually do? How do they spend their time? There is quite a lot of lore and anecdotes out there, but it is hard to have an idea of how representative they are.

As part of a larger work (my Ph.D. thesis), I decided to try to answer this in a more systematic way. Here is what I did.

I started by scanning the academic and business literature on online community management looking for practical advice. From it, I extracted a list of practices. The list is this:

To manage your online community, which of these courses of actions do you take, and how often?

Next, I included a question to allow respondents to point to practices not in the list. Answers were given in free-form text.

Do you want to add any other activity that uses up significant chunks of your community management time?

Finally, I added two more questions for context. Answers were given by multiple choice.

How old is the community you manage? If you manage more than one, refer to the oldest.

How large is the community you manage? If you manage more than one, refer to the largest.

I created a post on this blog that contained some context information and linked to the questionnaire itself on Google Forms. Post and questionnaire went live on March 13th 2018. I created a shortlink via bit.ly pointing to the information page, and disseminated via my own Twitter and Facebook accounts. I also posted it on e-mint, a long-running Yahoo! group populated by professional online community managers, and on CMX Hub, a community of community managers on Facebook.

I have collected results on March 31st 2018. At that date, my shortlink had collected 210 clicks. bit.ly reports that 101 came from Facebook; 78 from e-mail or direct; 25 from Twitter. Geographically, most visitors came from the United States (82), Italy (49), the UK (23). These visits resulted in 83 completed questionnaires. This is an amazing result! I am very grateful to everyone who responded and spread the interest for my little initiative. In particular, I suspect that the benevolence of my friend John Coate and the e-minters played a large part in this success.

Inviting people to join is practiced by almost all respondents. 68 out of 83 have answered “often” or “occasionally”.

Once users sign up, most respondents send out a welcome message. 47 do it “often”, and a further 9 do it “occasionally”.

Engagement with users is overwhelmingly practiced. Only 5 out the 83 respondents do it “rarely” or “never”.

Conflict mediation is also an important activity. 33 respondents report practicing it “often”, and an additional 22 “occasionally”. Only 28 of them report peaceful communities, where conflict mediation is practiced only rarely or never by community managers. This was a surprise for me. I guess I gravitate towards in unusually peaceful online hangouts!

Almost every respondent engages in design or co-design of interfaces. Clearly community managers think doing so is part of their role.

Almost every one of them is also preoccupied with getting people to talk more to each other.

About nine respondents out of ten allocate at least some time to organizing offline community events, but only 12 of them reported doing it “often”.

Thanking and acknowledging active members is perhaps the most widespread activity, with over 90% of respondents engaging in it “often” or “occasionally”.

Finally, about half of the informants support volunteers “often” or “occasionally”. About a third never does it.

Most of the informants referred to rather established communities with over five years of history. Only 8 of them reported managing new community, created less than a year before taking the questionnaire.

The respondents were quite well distributed by size of the communities they manage. Interestingly, the relative majority manage large ones, with over 100,000 accounts each.

You can download the dataset from zenodo.org: https://doi.org/10.5281/zenodo.1210789. The data are open, published under a Creative Commons Attribution 4.0 license.  This means you are welcome to use them for your own research, as long as you cite me as the dataset author.

Panzarasa, Pietro, Tore Opsahl, and Kathleen M. Carley. “Patterns and dynamics of users’ behavior and interaction: Network analysis of an online community.” Journal of the Association for Information Science and Technology 60.5 (2009): 911-932. 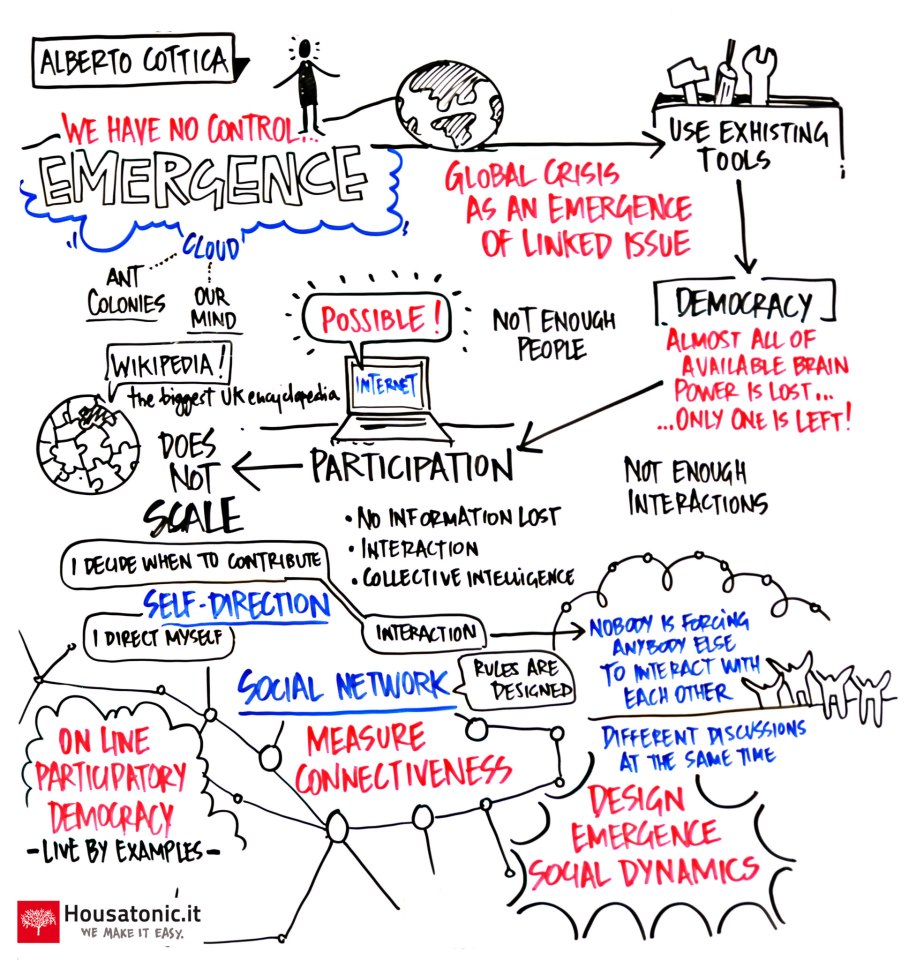