Does anyone remember social entrepreneurship? It was all the rage from the mid-2000s until recently. Social entrepreneurs are risk-takers with broad vision, like Schumpeterian entrepreneurs; but they care about fixing problems more than about making money.  For them, making money would be not  a goal, but a way to be independent from handouts from the Powers That Be. The theory is that they have the right skillset to attack the world’s problems.

This would happen through disruptive market solutions. Take housing. A social entrepreneur’s solution would be a cheap, eco-friendly houses that you could build yourself, with the help of your friends, for – say – ten thousand Euro (yes, people are working on it). This would make housing affordable to everyone, and break the tyranny of the mortgage. It would also disrupt the hell out of the real estate barons. This does not bother the social entrepreneur. Creative distruction is a good thing.

The idea took hold. An ecosystem (though not a very good one, at least not yet) emerged around it: impact investors, social accelerators, social entrepreneurship-friendly policies. Two powerful political players, above all others, backed this idea: José Manuel Barroso’s European Commission and the UK government during the Brown and Cameron-Clegg administrations.

Despite the hype and some real support, no one ever believed this was going to be easy. Even if you do get a brilliant idea and the resources to deploy it, disrupted industries won’t go down without a fight. Things would get ugly. But the social entrepreneur would hold the line. Entrepreneuring is always difficult. Yes, commitment to social betterment adds some complications, but she knows she’s making things right for the people.  That’s a big non-monetary reward.

Some people bought into the idea and had a go at building financially viable, socially beneficial companies. I guess I am one of them: I co-founded a company called Edgeryders, a not-for-profit company. We have our own market to disrupt, consultancy. We do it by delivering expert advice by smart communities, rather than professional consultants. As we go, we generate meaningful, paid work for the brilliant misfits in the precariat.

And then Brexit happened.

The Brexit vote has negative implications for social entrepreneurship.

But Brexit has an even more important implication. It shows that many people do not want to live in the world we are trying to build for them (and ourselves). Social entrepreneurs tend to be urban liberals. They rejoice in diversity, and many of them are themselves expats. They are committed to meritocracy. They respect facts, and attempt to uphold them over beliefs an prejudices. They dislike the thought of living in the “Little England” evoked by the Leave campaign. They worry about the disregard for factual truth displayed by the whole Brexit debate. They – we – are simply not the right people to help disgruntled Brexiters to build the world they want.

Smart people have been trying to make sense of the Brexit vote, and  of the parallel rise of Donald Trump (example, another example). The prevailing narrative goes something like this: the white working class feels left behind. There are jobs, but they are not “good” jobs. They don’t offer “a sense of community and self-worth”. They think the world owes them (but not Syrians or Iraqis or Italians) a certain kind of life. They are  not interested in alternative paths to community and self worth which our society does offer, like cheap or free access to art, entertainment and learning opportunities.

Skilled demagogues have been working on this dissatisfaction. They were able to convince white people in Deep England to express it by “breaking the system”. In practice, this means voting for nativist political parties who target immigrants and ruling élites, in this order.   They simply don’t care what they break, or who they hurt to make their point. The loss of opportunities for social enterprises are not intentional, just more collateral damage. .

I will resist passing judgment on this stuff. It is what it is, and we need to factor it in. What I do have to pass judgment on is this: is it still worth it being a social entrepreneur? Big business is our enemy on the market. The people we were meant to help are our enemies on the political arena. Is our mission still achievable? Is it even worth anything to society at large? 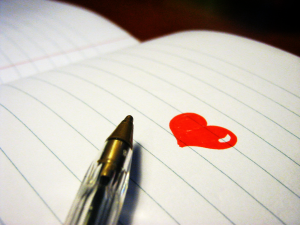 My students at the Design for Social Business Master made me very proud last week with a clever reverse engineering of a (social) business plan based on nothing more than a set of slides intended as a brief for the graphic design of a website – and a whole lot of online investigation. The business plan in question is that of Bienestar, a health care initiative in the region of Caldas (Colombia) just being rolled out by the provincial authority and Grameen Creative Lab. This is supposed to be the focus of a forthcoming field visit of the students to Colombia; apparently Bienestar has no business plan (we asked), and the brief was all we had to work with.

With no business planning background at all — save for my own lecture — Alessandra, Barbara, Chiara, Mandy, Oscar, Simona and Tiago showed a remarkable ability to stake the territory. They combed the web for data like minimum salary in rural Colombia; the structure of health care, including recent changes in legislation; and the state of the road networks in the Caldas region, to get a feel for the logistics of traveling to Villa Maria to get treated. All of these data were used to generate a critical appraisal of the business plan as they reconstructed it from the brief. This appraisal was put in a document that visualizes cleverly GCL’s approach and the students’ own questions and critique. Besides being clever in itself, this document was written by a very advanced process of online collaboration; the students made the most of my lecture about it, and have become power users of the new Google Docs (it now embeds very cool features from Google Wave — and man, do they use them all).

Armed with that, we figured out what the economic engine that makes Bienestar sustainable is: treatment of new patients, that now are completely outside the system; moreover, these patients have to be fundamentally healthy, like pregnant women and children — it can’t work with patients with chronic diseaes. Now the students are putting figures to that, and have thus found a new mission: when they go to Colombia, they can be the business planning experts of Bienestar. They are already way ahead of GCL on this project!

If you are interested in social business and social innovation, I would really encourage to check out the course’s blog, and maybe drop a comment to say hello: they are really cool people, well worth knowing, and very friendly. The blog is in English, but they are a pretty international crowd and welcome comments in Spanish, Portuguese, Romanian, Arabic and Italian as well.