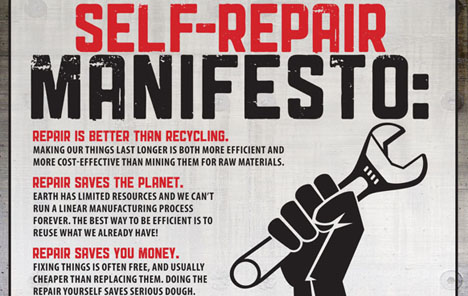 The repairman from Whirlpool showed up the other day. My dishwasher was having problems. I looked the issue up online, and found out that they are often associated to a clogged discharge pipe. I checked mine, and it worked, so I had no choice but to call in the professionals. Good thing I’m covered by a comprehensive warranty.

The repairman showed up five days after my call. He removed four screws to access a compartment underneath the main space (where you put your dirty dishes); then he asked for a sponge. A sponge? Yes. He explained that the discharge pipe must have been partially clogged at some point (it was), and that caused some waste water to be spewed back into this lower compartment. That caused the machine to halt its cycle. So he removed the water with the sponge and closed the lower compartment. Fifteen minutes of work, for which he charged me €62. What about the warranty? Doesn’t apply. There was nothing wrong with the machine itself, the problem was (or rather had been) in the discharge pipes.

At this point I protested. This must be a common problem, I told the guy; and it does not require particular training or skills to solve. I can use a screwdriver and a sponge too. Why don’t you write about it in the user’s manual? Answer: “You’re not allowed to open the machine. If you do, you lose your warranty.”

I find this attitude of Whirlpool’s (in fairness, shared by almost all the manufacturers of durable goods) dishonest and insulting. It’s dishonest, because they are selling me a warranty that does not cover a common problem that is very simple to fix, yet it does not allow me to fix it myself. And it’s insulting, because the underlying assumption is that buyers of dishwashers are dangerous idiots that should not be allowed to tamper with a machine. There is also a paricular irony: I bought my dishwasher at IKEA, a company which sells almost only buyer-assembled furniture.

Dear Whirlpool, I am no idiot. I may not be an expert technician, but (though it may come as a surprise with you) I have the basics of using my brain and my hands covered. I can read a manual (if it’s written reasonably clearly) e use simple tools like scredrivers and spanners; I can certainly operate a sponge. I don’t want to deal with companies that treat me like a lump of meat with a credit card. Read the Cluetrain Manifesto and the Self-Repair Manifesto, and come back when you have figured out what it’s all about. In the mean time, if there is a more respectful appliance company out there, with a more permissive approach to technology, make yourself known: I’ll be happy to mention you on this blog, and to buy from you my next dishwasher.

64 thoughts on “I’m not an idiot: technology, permission and my dishwasher”