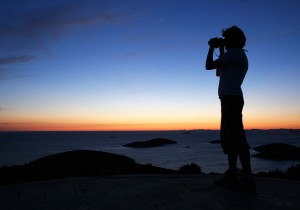 WOMEX — as in World Music Expo — is the most important European meeting place for world music professionals: part market place, part festival, part conference. Last year it was attended by almost 2.500 delegates and 1.300 companies from 94 countries. I have been attending for years: it has been a valuable tool of the trade for Fiamma Fumana. Each year WOMEX selects the best proposals for showcases and conference talks; the choice is handed over to a juty of seven individuals, nicknamed “the Seven Samurai” in Womexican parlance.

This year I have the honour of riding with the samurai. I have been appointed as one the jurors tasked with planning the conference. I would be really glad to select high quality talks that show delegates where music is going, between mutations in its business models, its ever-evolving digital ecology, its cultural tensions between roots and global modernity; and that inspire their work in the future. I would like to invite anybody who has an experience to show, a contribution to the discussion or just an original point of view to submit their proposal before April 15th: my fellow samurai Jody Gillett (chief editor of Mondomix) and I will invite the author of the best proposals to Copenhagen, come October, for a discussion on the state of the art of music and its business. See here for instructions on how to submit a proposal. Don’t hesitate to contact me if you have any question, and to spread the word to whoever you think might be interested.