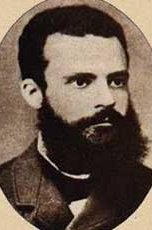 On Tuesday, February 15th, here in Milan, I will take part in two events I find interesting from the point of view of wikicracy, that is collaborative redesign of the world we live in.

The day (starting at 9.30) is to be dedicated to a conference on service design organized by the Association of Industrial Designers and Milan Polytechnic (info). I am even a speaker: Kublai is, in this context, treated as a well-designed service, and my team and I as its designers. We are even metadesigners, because another of the services showcased is to be CriticalCity Upload, that was incubated from within Kublai.

The evening is dedicated to an intriguing experiment. Pietro Speroni, mathematician and supergeek, has invented a way to find shared answers to open questions, based on what he calls “human genetic algorhythms”, and is going to test it with the help of whoever shows up. The idea is this: we start with a question. Anyone can offer an answer. Then everyone votes each answer (only “yes” and “no” votes allowed). A software looks at the votes and extracts its Pareto front, i.e. the set of non-dominated answers: it means that an answer voted by Alice and Bob will be discarded if there is at least one other answer voted by Alice, Bob and Chuck. Mathematically, this second answers dominates the first one, because it has all of its voters plus at least one. Then, everyone is asked to write new answers, feeling free to use bits and pieces from the ones in the first-round Pareto front. This gives rise to a second generation of answers, which use the “genetic material” already selected by the first iteration; then a new vote is called, the software computes the Pareto front and on it goes until a unique dominant answer evolves. The software, naturally, is called Vilfredo.

Pietro and his group have been experimenting, and so far the human genetic algorhythm always converges. In a way it converges too fast: Vilfredo gets to an unique dominant answer in ten generations or less, whereas non-human genetic algorhythms need more like ten thousands generations to converge. Makes sense: evolution has to blindly try every conceivable mutant and let genetic cul-de-sacs go extinct, whereas human discussion can discard a priori a lot of unpromising alternatives. If the question is “what shall we do tonight?”, answers like “let’s declare war to Guatemala or “let’s all go bathe in molten lead” don’t need to be discussed and discarded: they just never come up. This should teach us that emergence in the natural world (where agents are dumb, like neurons or ants) is very different from emergence in the social world (where agents are smart, like people or companies). At 8 p.m. at Via Boifava 29/A (Facebook event). You can say anything, but not that we don’t live in interesting times.