Area C is the name of a City of Milan initiative, not unlike London’s congestion charge: you pay to enter the city center in a car. The back story is this: a previous city administration had introduced an experimental congestion charge. When the experimentation period was over, municipal elections were coming up, and the mayor of the time put off the decision of whether to scrap it or keep it. The 2011 elections ousted the incumbent mayor; the new one had already promised it would keep the congestion charge, with redesign.

The city administration opened an official Area C group on Facebook. While unusual, the move made a lot of sense: when almost everybody is a driver, any limitation to car circulation is going to stir controversy. The idea was probably to do damage control, channeling discontent in a controlled space where moderation could be exerted and the city authorities could make their voice heard. About a thousand people joined the group.

And then something unexpected happened.

First, quite a lot of people started to voice in no uncertain term in favour of Area C. There is even a hardliner group that is clamoring to extend the policy to the rest of the inner city: why should just the rich people in the center enjoy the good life with far fewer cars? We want it too. Makes sense: traditional (offline) participatory processes are expensive and exhausting: you have to cross the city, during business hours, to sit in boring meetings. You are not going to do it unless your financial interests are at stake – and even then, you are likely to hire lobbyists to do it for you. So, of course, every time it tried to pedestrianize a city center, an administration would in principle involve its citizens, but in fact it would end up talking to the shopkeepers lobbies. But this, man, is the Internet: an entirely new ballgame. It’s always on, you can participate from your home at midnight if you want to. The threshold of participation for Area C is so much lower than it was for its forerunner initiative that suddenly you are hearing the voice of pedestrians, cyclists, mothers of small children, the minority of shopkeepers who are actually in favor of it. The city administration (represented in the Area C group by a clearly identifiable user called “Moderatore Area C”) redressed its role accordingly: it is not in the business of selling the policy to its citizens anymore, because the citizens themselves are doing that. No, the city is now playing arbiter: asking questions (“has anybody used such and such service payment? How did you find the first car-free Sunday?”), enforcing netiquette, providing links with factual knowledge (“here you can see the data: the average speed of public transport has gone up 22% in the first month”).

Second, the quality of the debate soared. Mutual aggressions between fanboys and haters rarefied; factual contributions seemed to be rewarded by far more Likes and comments, and that nudged the emerging Area C community towards a square meter-by-square meter monitoring of the policy. Traffic has thinned out in street X; it has become impossible to park in square Y, just at the border of Area C; and on it goes. People take pictures with phones and upload them to prove their point. The conversation is still tense: a popular activity is to upload pictures of cars damaged after a crash, with accompanying status updates like “see, this is what car culture does to you and your children”. But it hardly ever crosses the border to insult (moderators had to kick out a few trolls in the early days to get it across that they were serious about enforcing netiquette). People who make meaningful points and share factual information are popular: one of the stars of Area C is Davide Davs, who likes to download air pollution data from the Milano environmental agency’s website and use them to plot charts comparing how Area C is doing with respect to its predecessor initiative for various pollutants. Davide is a twentysomething from the South of the country who works in Milano. He is the typical citizen expert that emerges from a well run online community around a public policy – and that would never get invited to an offline stakeholders meeting, simply because there is no way to know he exists before creating a self-selecting community on the matter.

In weeks, the group had gone from confrontation between citizens and the city to confrontation between citizens and citizens to informed assessment of the policy. The next step was obvious: proposals. And proposals came. So many came that the administration decided to organize an event, Traffic Camp, where citizens could present their ideas without asking for permission (to get on the list of speakers, you just write your name and the title of your presentation on the event’s wiki). A whopping 47 talks were given at Traffic Camp, parading online journey planners for cyclists, car sharing schemes, bicycle-only delivery services and much more. The first speaker was Pierfrancesco Maran, the young alderman responsible for Area C, who gave fellow citizens a progress report. From the accounts I read, Traffic Camp was hugely popular: lots of ideas, good vibrations, packed rooms.

Third, it became clear that the question about the merits of the Area C congestion charge had been the wrong one all along. At this point the conversation is not even so much about Area C anymore: it has moved on. Everybody is talking about mobility. Everybody agrees that any viable solution for Milan’s mobility problems is going to need to deploy a variety of instruments, and both induce and rest on significant behavioral change. Everybody agrees that bicycles are going to be a big part of any such solutions. Area C is likely to be short-lived: as that solution emerges, my guess is that it will need be redesigned, probably beyond recognition, to fit and support that solution. The question was wrong, but the only way to get at the right question was to ask the wrong one, structure an open, knowledge-oriented, institutionally backed interaction environment and let citizens work it out.

In my book Wikicrazia I have argued that online conversations converge: given the right values and the right rules of engagement, a shared conclusion will be reached. Decision makers considering using the Internet as a channel for citizen participation are worried that their participation initiatives will be maimed by trolling and flame wars, that the constructive citizens will flee and they will be stuck with the haters. I have tried to convince them that the mechanism of a well-structured online conversation rewards good contributors like Davide Davs with attention and reputation effects. It is always nice to see somebody proving you right.

Also, consider the costs and the time scale of the process: all of this involved no more than three months and a lot of attention by skillful community manager Pietro Pannone and strategists Alessio Baù and Paola Bonini, all with Hagakure. Another couple of projects like this one and traditional offline participation processes will become an unviable proposition. As far as I am concerned, good riddance: participation will be much easier for those who can’t afford to hire professional lobbyists. That is, at the end of the day, for all of us. 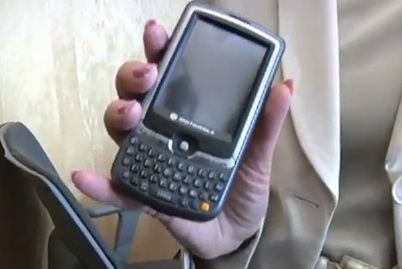