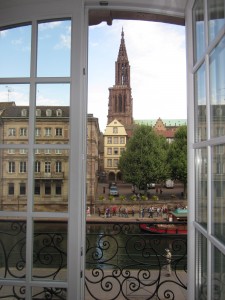 The time has come for open government in Italy. As so many phenomena here, it is not immediately apparent because it starts from the fringes and spreads unevenly, rather than being set in motion by a strategic decision of the State, as happened in the USA and in the UK. In this phase, it seems, the movers and shakers are city administrations: just look at ePart in Udine, Karaliscrazia in Cagliari, Wikicrazia in San Benedetto del Tronto. The newly elected administration in Milano is expected to make a move soon: meanwhile, the mayor Giuliano Pisapia and, even more so, the alderman Stefano Boeri (very active on Facebook) entertain a rich social media conversation with their fellow citizens.

Digging deeper, though, it becomes clear that the real protagonist in this phase of Italy’s transition to an open government is the civil society. The San Benedetto initiative was kickstarted by a group of citizens and a local paper; in Cagliari the initiatives are two (Karaliscrazia and Ideario per Cagliari), and both spawned from the civil society; as for Milano, the openings towards Internet-enabled collaborative governance are championed by an association called GreenGeek, that proved itself able to ferry the connected citizenry from campaigning to get Pisapia elected over to collaborating with his administration. Local administrations are being more reactive than proactive (the exception is Udine, where the ePart project was initiated by the mayor). The Italian way to open government, then, is characterized by a double anomaly: it is local rather than central, and the civil society is blazing its trail in a way that it does not in other countries.

More cities are to follow. These days, with each passing week more individuals, citizens’ groups and administrations are getting in touch with me to let me know they are thinking of launching yet more initiatives of collaboration between citizens and administrations: they want to discuss withme, or invite me to public events. I feel honored and proud that many of them are using my book Wikicrazia as a user’s manual for collaborative governance: a tool not just for learning about the wiki government, but for actually going out and making it happen.

Such a wealth of participation is a great asset, but it involves a risk: that of administrations feeling cornered, and perceiving as contrived a collaboration that should be completely natural. My first advice to people that ask me “how should we do this?” is always the same: you need to get the mayor or someone in the administration to sign up to your project, so be prepared to tailor it in a way such that they are comfortable with it even if this means giving up on some of your ideas. Sure, citizens have every right to make proposals in any way they want: but making proposals is not open government. Open government requires an explicit collaboration between citizens and administrations: the latter hold the democratic legitimacy to make and implement decisions that, by definition, are going to affect all citizens, including those that do not participate in the collaboration.

In the coming months I intend to blog about the many stories of local collaborative governance cooking up or already out there in Italy and elsewhere. I would like to X-ray them, not to criticize but to distill the best ideas and practices from all this civic energy. If you know any, I would be grateful if you dropped me a line: you can find me on this blog, the main social media and by email at alberto[at]cottica[dot]net.

Last Tuesday in Rome a wonderful thing happened: OpenSpending Italy — the first Italian contribution to the OpenSpending platform — was launched.

The data were there. They come from a dataset of consolidated public spending by region that the Department for Development Policies started gathering in 1998. They were already published in open format: the Department can rightfully take credit for it. Yet, I would argue that Tuesday’s launch marks an important step forward.

A step forward was made in accessibility to data. A very important, well maintained, comprehensive dataset on public spending is now accessible through advanced, interactive visualization, easy to compare with analogous international data. Even more interesting, it was published in widget form: anybody can copypaste the embed code anywhere she wants, like I did above.

But the more interesting step was made in the scope and diversity of collaboration that lead to this result. The data for OpenSpending Italy have been gathered, cleaned and associated to metadata by Italian civil servants in the Department for Development Policies and the State’s Accounting Service; processed by code written by British and German coders at Open Knowledge Foundation, a third sector organization; and published through the data journalism channels of Guardian Media, a British private business. The idea has been generated in the context of the meeting places of the Italian open data movement, and of a virtual meeting place in particular: the Spaghetti Open Data mailing list, born in September 2010 to provide civil servants and civic hackers with a constructive, respectful environment to talk about open data.

Thanks to this “managed diversity” (in the sense that trolling is not tolerated) SOD — like other places — allows people with complementary backgrounds and skills to meet up, explore each other, and maybe do something together. OpenSpending Italy was born from the collaboration of two wonderful civil servants, Aline Pennisi of the State Accounting Service and Simona De Luca of the Department for Development Policies, and civic hacker Stefano Costa of Open Knowledge Foundation Italy. Stefano got the international branch of OKF involved (Jonathan Gray and Friedrich Lindenberg need mentioning); and the latter enlisted Guardian Media (Simon Rogers, who — just like Gray — happened to be in Italy to participate in the Journalism Festival in Perugia). 72 hours later the data went live on OpenSpending’s first page and on the Guardian’s datablog.

This story, as I see it, has a clear implication: the Italian open data movement has come of age much faster than expected. Available datasets are growing; we are converging on standards of openness; we have visualization tools, physical and virtual meeting places, supporters in several administrations and ISTAT. We have friends overseas in the global open data movement, and we can and do collaborate with them as peers. We even have an emergent leadership: even as OpenSpending Italy was released, Aline was already working on a new project with OpenPolis and Open Linked Data Italy. Codenamed Open Budgets, it aims at making the budgets of more than 8000 Italian municipalities open and accessible. All this in a country perceived as indifferent, immobile, declining — with good reasons.

Me, I’m just happy and proud of the little I can give to the Italian open data movement, maintaining the SOD mailing list (I am the condominium’s janitor, so to speak). All together, civil servants, geeks and simply curious, committed people, we are showing that we can achieve some change for the good here and now, with the available resources and skills, without having to wait for some Global Change or a cultural singularity. May this attitude spread elsewhere in the public sphere. Heaven knows we need it.